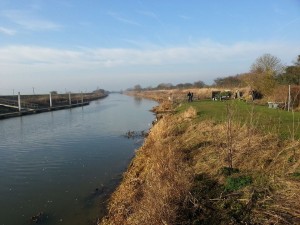 Where we are at… January…. we are currently on the River Witham in Lincolnshire with rather a lot of twitchers about.  We are sharing our stretch with a rare bird from Norway. The White Billed Diving Duck… no less. See link for more information on the sightings.

The weather is rather cold and blustery with white horses racing along… the river which has prevented us from moving today.  Winter is a slower time of year with no boats to be had; except for us and the wildlife.  The pontoon moorings rising up and down as the river levels change.  So far so good the new moon saw us racing to higher ground due to the flood warnings; which in actual fact didn’t come, but better safe than sorry.    I love being on the river, the wildlife can be so intriguing, we have a resident kingfisher which sits on the pontoon waiting for his opportunity.

This slower pace of life gives me time to start working on more drawings and maps. Currently on the drawing board is a Mandarin Duck, they are not native to the UK but all the same a spectacular resident which deserves its place on my memory boards.  Hoping they will be finished in time for Audlem this Easter… a Mr & Mrs Mandarin as seen in Market Drayton last year.  A bit late in coming but hey ho.. I do get there eventually.  Which brings me on to maps…  I make them whilst we travel; a recording of a journey, our journey.  I call them ‘memory maps’ as that is exactly what they are; memories of a journey.   The Plan : This year we are undecided on our route, we are hoping once we leave the river Witham to make our way to the Chesterfield Canal, then on back down the river Trent to Keadby, and onwards to Sheffield.  My City of Culture where I studied for a Fine Art Degree.  We haven’t been there by boat yet, so it is on the list of places to visit this year.  Moving onwards over the Rochdale Canal and then the diary is open only to Braunston and the map is therefore uncharted as yet, with no dates for the diary except for the last weekend in June… where I hope there will be more maps to add to the Summer Exhibition at Braunston Wharf with the Guild of Waterway Artists.  See link for more information of our current maps… for sale or for viewing.  The little video / slide show is a little introduction to some maps which have sold as copies over the last few months. 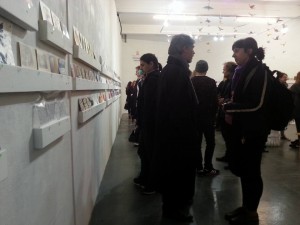 This is an annual exhibition which I enjoy being part of.  As part of our journey I have produced a series of maps, of which I have used as part of this project.  Producing 3 post cards specially for the Postcard Show 2017.   My cards are for sale during the exhibition, with the unsold cards taking part in the international exchange.  Which will be another part of their journey…  International meaning they could be exchanged to anywhere in the world to participating exhibitors. 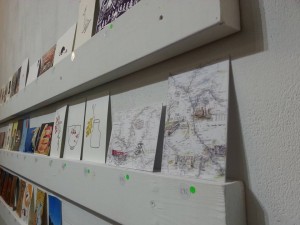 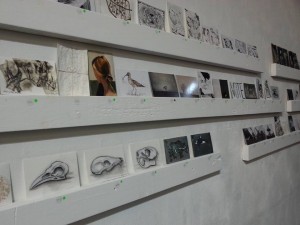 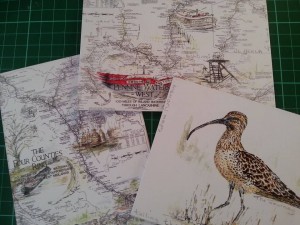 Photographs from the opening night on the 13th January 2017.