Celebrating the Bi-Centenary Passage
of Kennet and its Flotilla

14th October to 23rd October with the Friends of Kennet – recreating the inaugural journey of 1816.  It is was a Bicentenary Celebration which we took part in; it was such a fantastic journey for our memory maps.  We began our own journey back in August from Liverpool Docks to make our way to Leeds.  Albeit in the opposite direction it was to form part of the celebrations with a place for Hekla in their flotilla. We joined at Bingley Five Rise to make our way to Skipton with the  Flotilla.  We presented the drawn maps to The Friends of Kennet as a gift to their society. 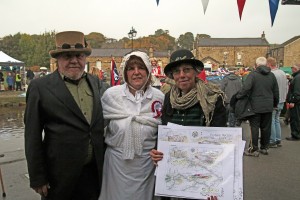 Our part of the journey began on the 16th of October, with the arrival of Kennet at Bingley 5 Rise, what a welcome they and we got.  As Kennet rose through the locks, the banks and towpaths we a wash with hundreds of people cheering them on. 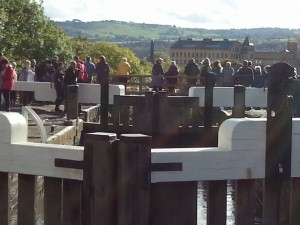 The crowds cheering… The Friends of Kennet

Back in August I began to create two maps to commemorate the Bi-Centenary; the first one being the West Pennines.  They are drawn to form the 127 miles of the longest canal in England.  I have tried to represent and bring together the boats and their journeys through the countryside and industrial heritage it served through its heydays. 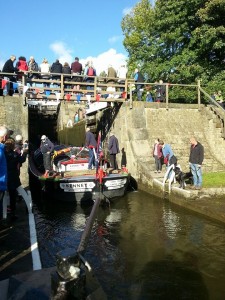 The Friends of Kennet at Bingley 5 Rise.

Earlier this year I gained licence to draw on the Lockmaster Maps which has made it possible to draw our journey alongside giving a memory to journeys by adding images of the sights we see.  I like to call them memory maps… as they are just that, bringing history, architecture and landscape together… ghostly images of times gone by alongside the present.

Leeds & Liverpool Bi-Centenary with The Friends of Kennet and Canal & River Trust. October 2016 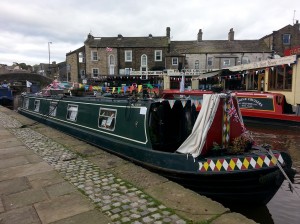 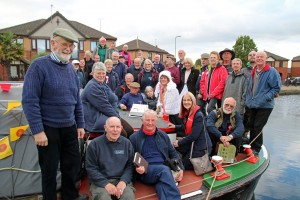 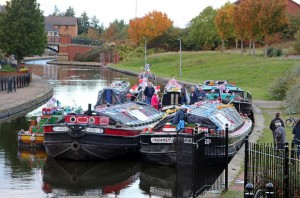 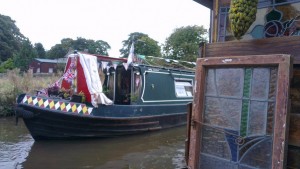 We arrived at Silsden on the first night of our journey in the dark; to the cheers of people, music playing, bunting, fairy lights, hundreds of people and houses lighting the way.  A memory we nor the Friends of Kennet will ever forget…

One of our researches came the discovery of Brightwork which in contrast to the Roses & Castles, the Leeds & Liverpool Canal had their own patterns which denotes what trade you did.  Roses and Castles were not featured as they are found on other canals.  Brightwork is patterned and quite colourful.  (More to come on this as further research is done on this.)

Brightwork on the Leeds & Liverpool Canal.

I have incorporated some of the Brightwork onto the maps along with the Red Rose of Lancashire and the White Rose of Yorkshire as part of the Bi-Centenary Celebrations.